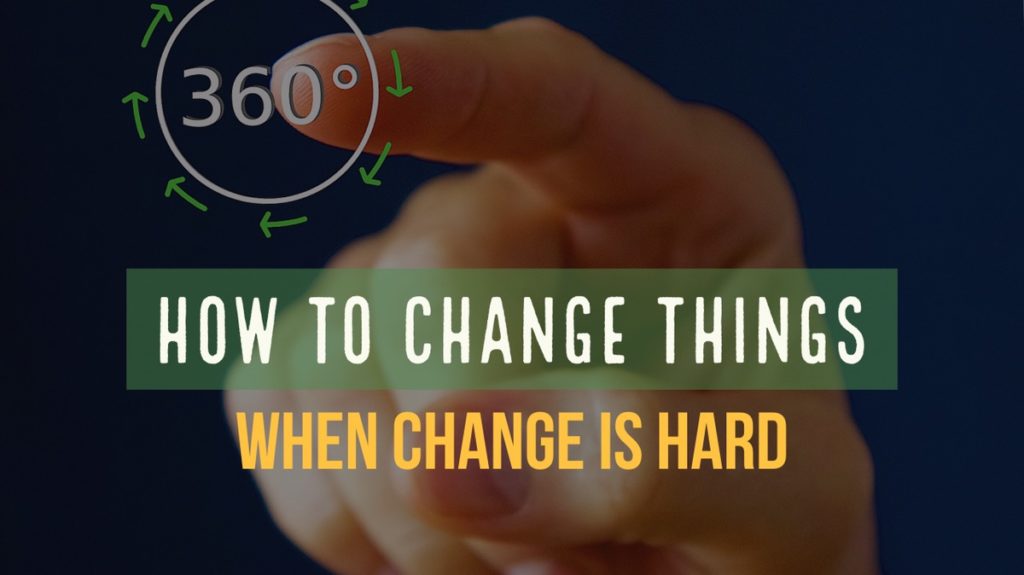 Below are excepts from the book Switch – How to Change Things When Change Is Hard by Chip Heath and Dan Heath. I highly recommend you to read this book several times.

Your brain isn’t of one mind.

The brain has two independent systems at work at all times – the emotional side (instinct, pain, pleasure) and rational side (thinking, planning).

The Elephant is lazy and looking for quick payoff (ice cream) over long-term payoff (being thin). But the Elephant is much more powerful then the Rider. Especially with emotions like love, sympathy and loyalty (ie. your fierce instinct to protect your children against harm is your Elephant.)

The Rider on the other hand can plan for the long-term. But he also tends to over-analyze and over-think.

That’s why if you want to make progress toward a goal, you’ll need the energy of the Elephant and the direction of the Rider.

Self-control is an exhaustible resource.

When you resist something, your energy is drained, until you can’t resist it anymore. It’s like doing bench presses at the gym. The first one is easy, when your muscles are fresh. But with each repetition, your muscles get more exhausted, until you can’t do any. Change is hard because people wear themselves out. What looks like laziness is often exhaustion.

Make the journey easier by changing the environment.

Create a steep downhill slope and give them a push. Remove friction from the trail. Put lots of signs on the way and tell them they are getting close.

Follow the methods above to make change more likely.